Microfluidic chips, the next rev... 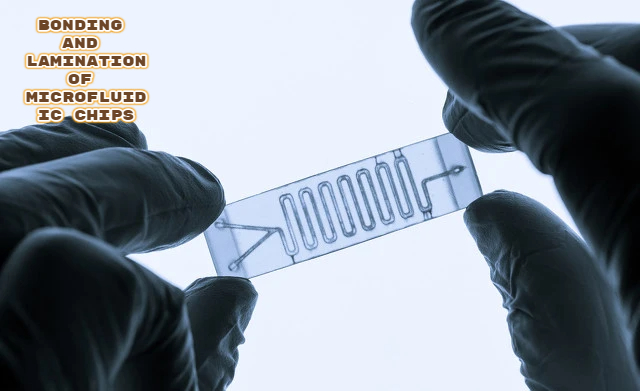 In recent years, microfluidics has developed rapidly with the development of technology. Microfluidics is the science and technology of microscale (tens to hundreds of microns) integrated channel systems. Trace amounts of liquid (typically 10-9 to 10-18 liters) flow under the control of the system by a specific model. The development of such a high-tech microfluidics has actually been heard for decades, and the requirement of microvolume and planarization for biochemical analysis was a good driving force for the development of microfluidics. Since then, the concept of "wafer labs" and microscale integrated analysis systems (Î¼TAS) has been gradually established.

In microfluidic fields, the specific surface area increases as the size of the fluid decreases, showing characteristics different from those of macroscopic fluids. In this paper, three main characteristics of microfluidics are considered: high efficiency of mass heat transfer, relative advantage of viscosity over inertial forces, and significant surface effects. In addition, the highly integrated microfluidic system also promotes the coexistence of multiple fluid phases and multiple interactions. Such properties make it possible to control and manipulate single fluids and fluid interfaces using microdevices, allowing microfluidics to be used in a wide range of applications in physics, chemistry, biology, medicine, and engineering.

Bonding and lamination of microfluidic chips

Today, I would like to discuss with you the revolutionary impact of microfluidics on biochemistry. The application of microfluidics in biochemistry can be very wide, which involves enzyme analysis, DNA analysis (such as polymerase chain reaction and high-throughput sequencing), proteomics analysis, etc. The basic idea of microfluidic biochip is to integrate assay operations, sample processing and sample preparation into a single chip, which gives it high-throughput characteristics. The chip can also play an important role in clinical pathology, especially in the direct diagnosis of diseases. In addition, microfluidic-based devices, such as those that can continuously sample air or water samples, and real-time detection devices can be used to detect biochemical toxins and pathogenic microorganisms. In addition to the above-mentioned assays, microfluidics has become a powerful tool for biologists to study and control the cellular environment, and a "godsend" for new discoveries in cell growth, aging, etc. Next, we will look at some specific examples of how microfluidics performs its role.

In terms of bioanalysis, microfluidics shines in ions, small molecules, and biomolecules such as nucleic acids and proteins, which have led to a revolution in many standard biomolecular techniques. It is a platform for technologies such as multiplex enzyme chain reaction (PCR), reverse transcription PCR (RT-PCR), and enzyme-linked immunosorbent assay (ELISA). In addition, droplet microfluidics, a microfluid, has been able to be successfully analyzed at the cellular level, and many classical cellular manipulations can be done in microdroplets.

Previously, when talking about chemical reactions, the jars and bottles that could not be cleaned by any brush were the ones that came to mind. But today, microfluidic droplets can exist as a small chemical reactor, and researchers can achieve precise control over their environment. It is used in a wide variety of reactions, including titration, precipitation, hydrolysis, etc. A good example is the droplet microfluidic platform for the anticoagulant argatroban. Using this technology, researchers can determine the appropriate dose of argatroban by measuring clotting time with partial thrombospondin kinase activation time on a single wafer. In addition to the aqueous phase reaction, microdroplets also support the organic phase reaction. However, at this time, the materials used to make the instrument must be carefully selected to avoid deformation of the tube due to corrosion by organic solvents. Sulfur hydroxyl polymers are a good choice and have a better organic stability compared to PDMS materials.